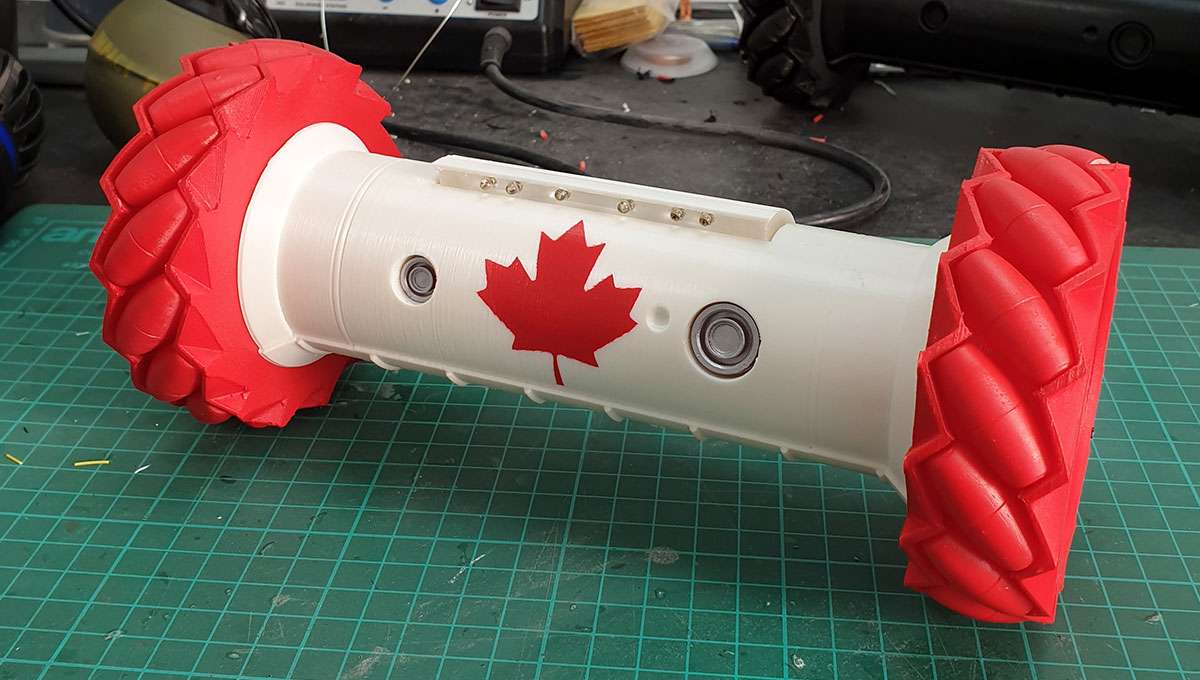 BroCanadian, 2x world champion of Rainbow Six Siege, retired in March. I reached out and offered him a retirement present: a replica Recon Drone, with a unique touch to it.

When Canadian announced his retirement, I think I was one of many people who were saddened to see him leave the professional circuit of Rainbow Six Siege. I first witnessed him, and SSG, play at SI2020 where they took home the trophy. I remember watching from the stands as they lifted the hammer, and how the entire stadium erupted in celebration that SSG had won the event.

I think quite a few of us were surprised to see him re-enter the fray during SI2021 as he stepped in to replace Luke Slota, who was unable to acquire a passport in time for the event in Paris.

Canadian, alongside his SSG teammates, managed to fight through the Group Stages and into the Playoffs where they were sadly defeated 1:2 by oNe. But he fought a valiant fight, and there was a LOT of love for him in the Twitch chat during the matches.

I reached out to him after that match offering him a replica Recon Drone as a retirement present, and Canadian’s reply will stay with me forever.

This is a dream come true.

We discussed some minor details in DM’s, and I hinted to him about a special design I had in mind just for him. Without his knowledge I started working on a very unique, Canadian-branded Recon Drone.

The design is fairly obvious when you think of it. A Canadian flag on the drone, but with a twist. The Canadian flag has 4 major sections; a red segment, a white middle, a red maple leaf in the centre, and another red segment.

I did think about simply painting the flag onto the drone, but then thought… why don’t I make the drone the flag, itself? It was an easy swap; each wheel will be red, the main body will be white (including all accessories), and it’ll have the red maple leaf in the centre of the main body.

I printed off all the parts in white PLA, specifically Eyone 1.75mm PLA. It’s a fantastic brand of filament, and I love the colour quality. Easy to print with, and barely any stringing. Total print time was just under 38 hours, though this was extended slightly due to a temporary fan fault which paused the print.

Once the parts came off the printer, I cleaned them up and removed any support material. Then, I went and cut out a maple leaf stencil in vinyl, applied it to the drone and masked it up, before airbrushing it with red acrylic paint.

The cameras and wheel rollers were printed in photopolymer resin. I did initially design the skin to have black cameras, like my main drones, but I figured I’d paint them silver instead. Another option would be to keep them white, but I thought against it. I wanted to show off the detail that I put into my drones, and the 2 x world champion deserves no less.

Each wheel was then cleaned up, and the rollers were individually painted by airbrush before glued into place.

After each wheel was finished, they were given a coat of varnish to protect the red paint, and then glued into place.

The electronics were then installed; 6 flashing red LEDs, wired to a single 9v battery with a switch on the rear. With that, the drone was finished!

I sincerely hope that Canadian loves his unique drone, and his well-deserved retirement. Thank you for accepting my gift, Troy, and much love to you from all of us in the Siege community <3