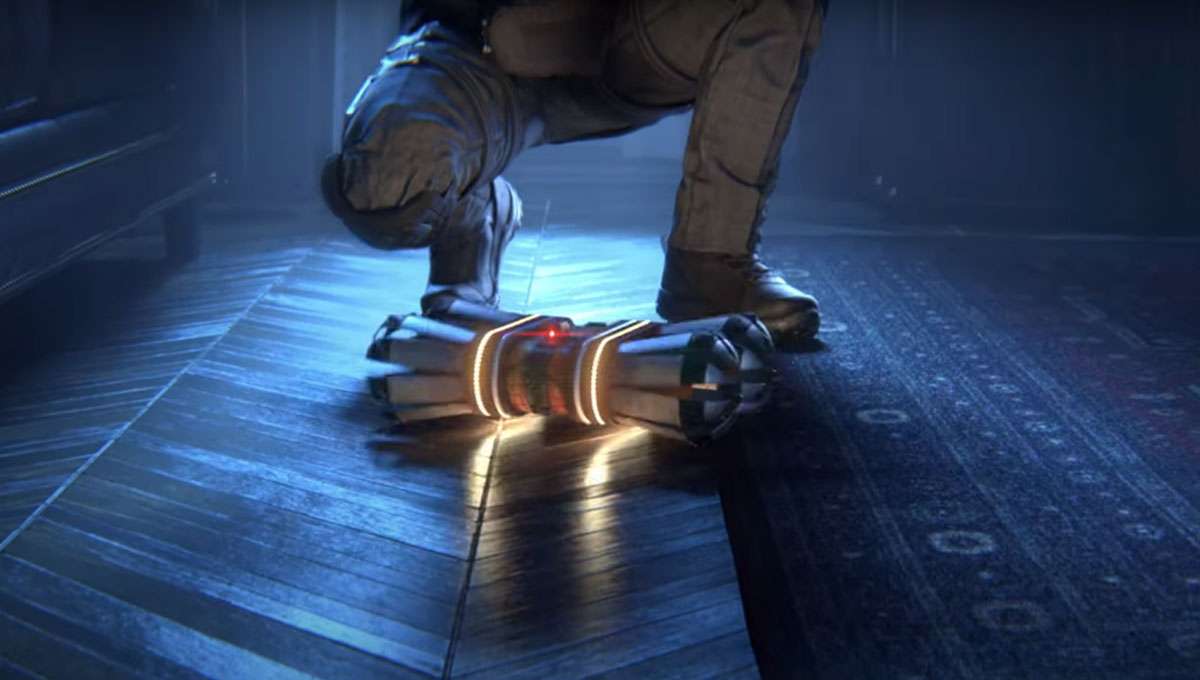 So Ubisoft literally just announced the release of the new operator, Flores, with a small 37 second trailer.

First thing I spotted, aside from his magnificent shades, was the shiny new drone-like gadget. It looks like a remote-controlled bomb, which is interesting to say the least!

Well, 20 minutes later and I’ve finished a rough design of the new gadget for Flores.

While this was only a quick draft, given that we only see it for less than 3 seconds, I think it’s got the rough shape down quite well.

From a production standpoint, I think it’ll be quite easy to make.

The LEDs inside the body will be easily done with two yellow/amber LED strips, the single red LED is also quite easy. The wheels seem pretty straightforward, and the body is quite minimalistic.

Overall, I’m fairly confident I can make this. The controller looks to be a standard RC car controller, bought anywhere online, so don’t really have to worry about that. If I’m brave, I might put in some RC parts. We’ll have to wait and see…

We’ll find out more about Flores, and when he’s coming to Rainbow Six Siege, on the 21st.