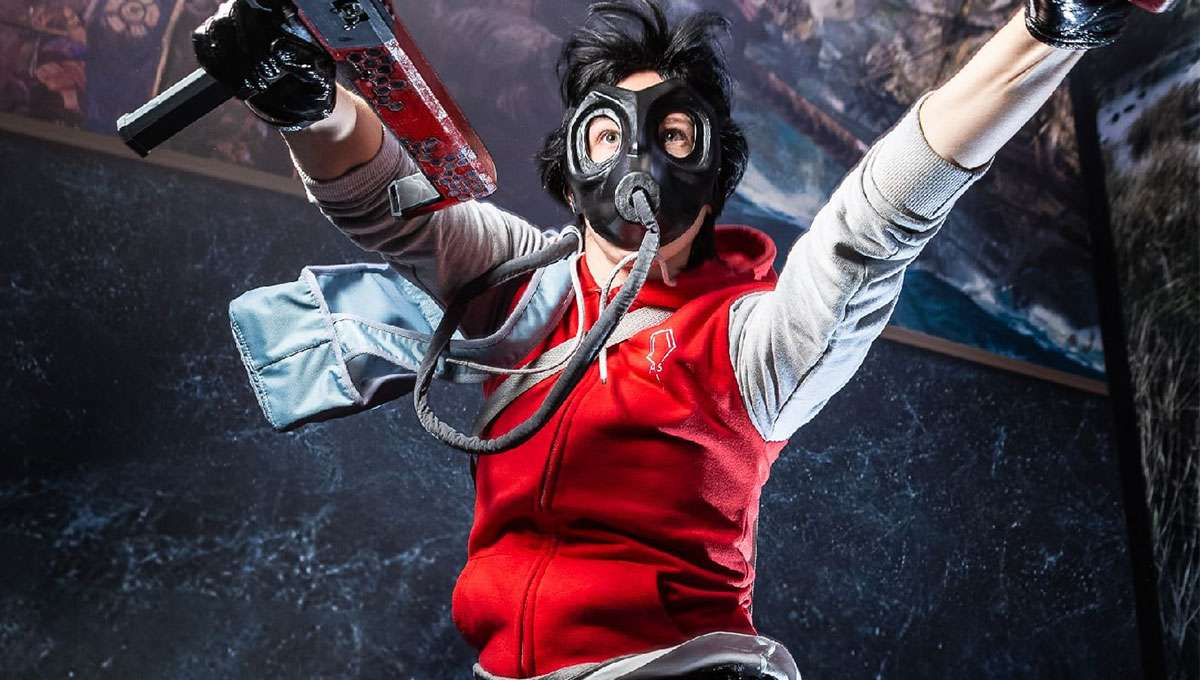 You absolutely cannot miss Smoke, unless his gas is choking you and burning your eyes. But Elly_Nell manages to shine through the haze with this awesome Sanguine Arsenic Smoke cosplay!

Elly_Nell first came onto my radar at the end of 2019 when I saw one of her tweets when she teased making her elite Smoke cosplay. I found her on Instagram, and dropped a follow, and though we’ve interacted scarcely since then, I have got to say that the content she pushes on both her accounts is amazing.

She isn’t new to cosplay. In fact, Elly_Nell has been regularly creating awesome costumes for many years. One thing I have noted in each iteration of a character she’s made is that the detail is above-par, outstanding and rivalled by only a few others.

Elly_Nell’s Sanguine Arsenic Smoke is one of very few Smoke Elite cosplays in the community. I can count the ones I know of on one hand. She very carefully and intricately crafted every single piece of his outfit, replicating every detail down to the sneakers and gloves he uses, not to mention that terrifying mask!

I have yet to have the pleasure of meeting Elly_Nell at an event such as the Six Invitational, but when I do I’ll be sure to ask her for tips and tricks on how she manages to keep every little detail when transferring the character into the real world!

Please give Elly_Nell a follow and support on your favourite social media, and make sure you keep up-to-date with her awesome cosplay projects! If they’re half as good as her Smoke was, they’ll blow you away!