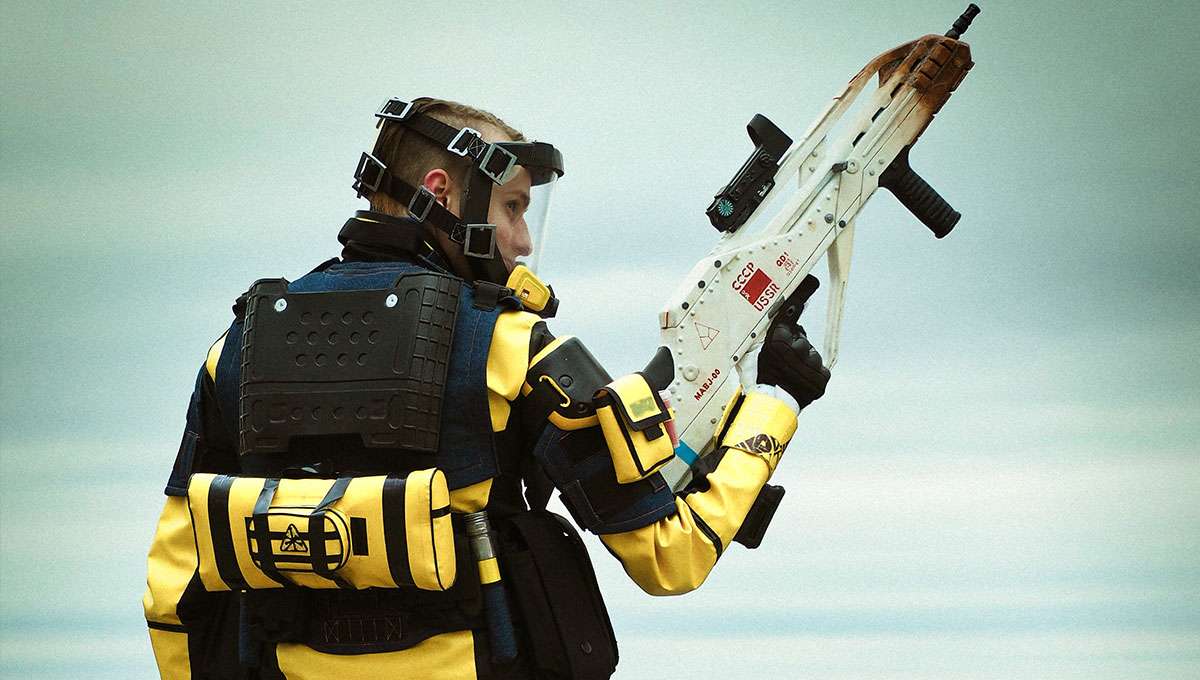 Finka is one hell of an operator, and Camcamzoro does her perfectly.

I first met Camcamzoro in Dirty Bomb, back in 2017. Since then, she has become my closest and dearest friend. No words I say can describe what she means to me.

It is because of her that I got into Siege cosplay. She saw that I was doing 3D prints for Dirty Bomb; little charms, busts, and had just started doing replica props at the time, and asked if I had ever thought about doing Siege stuff.

I had only heard of Siege, and never played it. I didn’t even own it on Steam at the time. But Cam sent me a few screenshots of her character, close-ups of the mask she wanted, and we talked about if she could source a mask online.

However, I decided I could help her out by designing one from scratch – so, I did. I hopped into Fusion360 and using the images of Finka she had sent me, managed to build a replica mask in a short amount of time. Cam had no idea, and the following day I poked her with the image.

She freaked out when I showed her the image

Of course, I was still a novice 3D modeller at the time and had issues with scale. The first mask I made for her was a bit… large, as we found out. Almost double the size of her head!

That was the start of my journey into Siege. Cam eventually persuaded me to play a few rounds with her, so I bought the game on Steam and actually enjoyed it. Not to say I was any good at Siege, of course. That’s another story…

Over time Cam worked more on her Finka cosplay, building it up bit by bit. I was simply amazed at the quality and detail she was putting in there. Especially from turning my mask frame into, well, an actual mask! Seriously! The thing is downright gorgeous, and I’m still in awe to this day of how she managed to turn a lump of plastic into such a detailed prop.

Her Finka cosplay, followed by her Zofia and Nøkk cosplays, are three of the best Siege cosplays I’ve ever seen. Speaking from firsthand experience in seeing her work hard at it, Cam puts 500% of her energy into the craft making sure every detail is spot on, accurate and practical to wear.

Since encouraging me to get into Siege and making props for the community, Cam has been my guiding star in everything I do. She is the one I go to when I can’t get a detail right, or want feedback or approval on a design. She has helped me with so many big and small things with my props over the years, and without her I wouldn’t be where I am today.

Please give Camcamzoro some love on your favourite social media platforms. She is always available for advice on cosplay, and has helped so many people with various things in the Siege community. She is amazing.