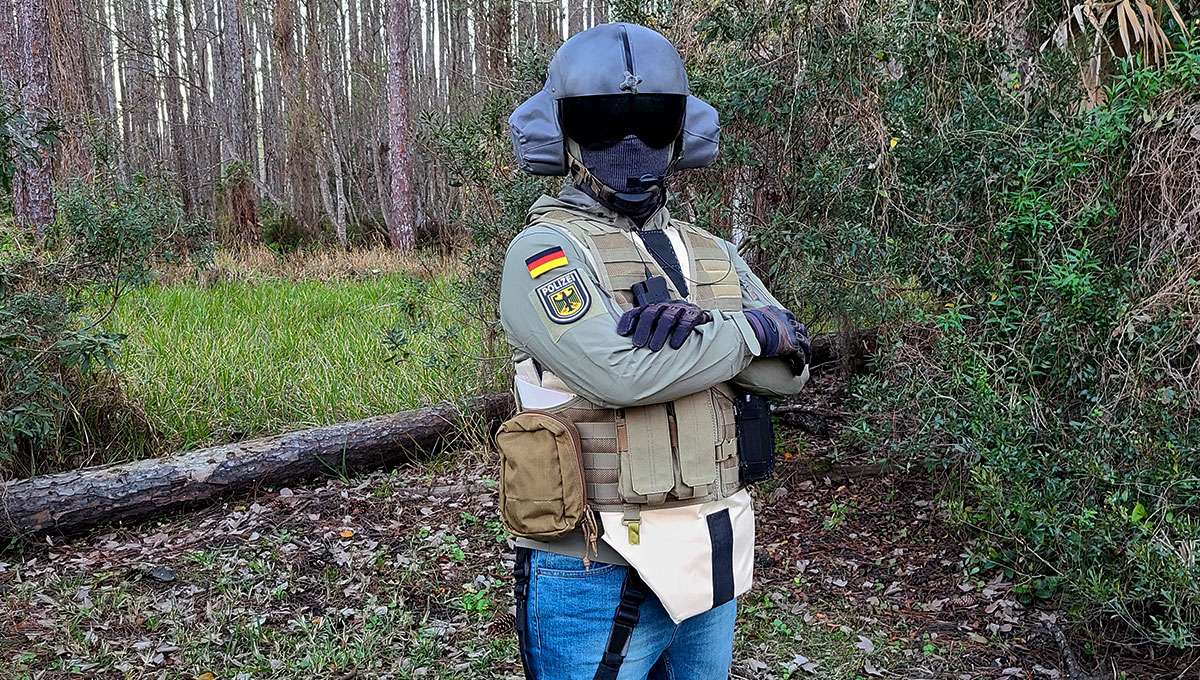 Have you heard of Killimaze? Yeah, I think he’s played Siege once or twice.

I first met Killimaze at the Six Invitational in February 2020, in Montreal. I had heard of him online, and maybe interacted with him on Twitter a few times after being recommended to him by Hanjosi, the artist behind my site’s branding.

He approached me while I was helping Camcamzoro in and out of her Finka cosplay, asking me if I had any inkling of making some cosplay pieces for Jäger. I said “Maybe”, as at that time I hadn’t yet expanded to most operators. Killimaze showed me the parts he was talking about; his radio kit, which – admittedly – was pretty damn close to the in-game kit worn by the character. However, some pieces had been tragic victims of a convention and had broken off.

After SI2020 I had some personal issues to attend to, and all thoughts of cosplay or work were put out of my mind. That was until December of 2020 when I reached back out to Killimaze on Discord.

Psssssst. I know it’s been forever, but I’ve finally started work on the back pieces for Jager that you asked about >.<

I didn’t have much work to do at the time, so I dove straight into Fusion360 and started designing the kit. Using reference images from in-game, his extracted model for scale, and some of my own tricks I began building up an accurate replica of Jäger’s radio kit.

It wasn’t until January that I had finished the entire model kit, and sent it over to Killimaze for final review.

Looking at those, those have to be the most accurate models I’ve seen. Speaking for some Jäger cosplayers I know, this is going to be amazing. His cosplay is so hard to pull off ’cause of the rarity of the helm, and this kit. You are helping a ton of people find a way to pull this off.

Mid-January I had the first kit printed off, packed up and sent over to Killimaze who offered to take some photos of it attached to his cosplay. While there was a little damage in shipping, Killimaze’s feedback helped me edit key parts of the original design to be A) easier to print, B) retain strength during shipping and C) allow better ease of use for the cosplayer.

He kept me in the loop about how he was progressing adding them to his cosplay, but the Road to SI took priority as he was one of the amazing streamers given the drops for the event – I even earned a few by watching him on Twitch!

Finally, in February, he messaged me on Discord with the photos of him in his Jäger cosplay, complete with the radio kit attached. I have to say they are some of the best cosplay shots with a prop I’ve made that I’ve ever seen, and I simply had to include him on this site as I was building it.

Killimaze, if you’re reading this then I just wanna thank you for giving me the opportunity to work with you on a part of your cosplay. It really humbles me to be able to work with talented crafters such as yourself, and bring something like this to life.

Please check out Killimaze on your favourite social media platforms: