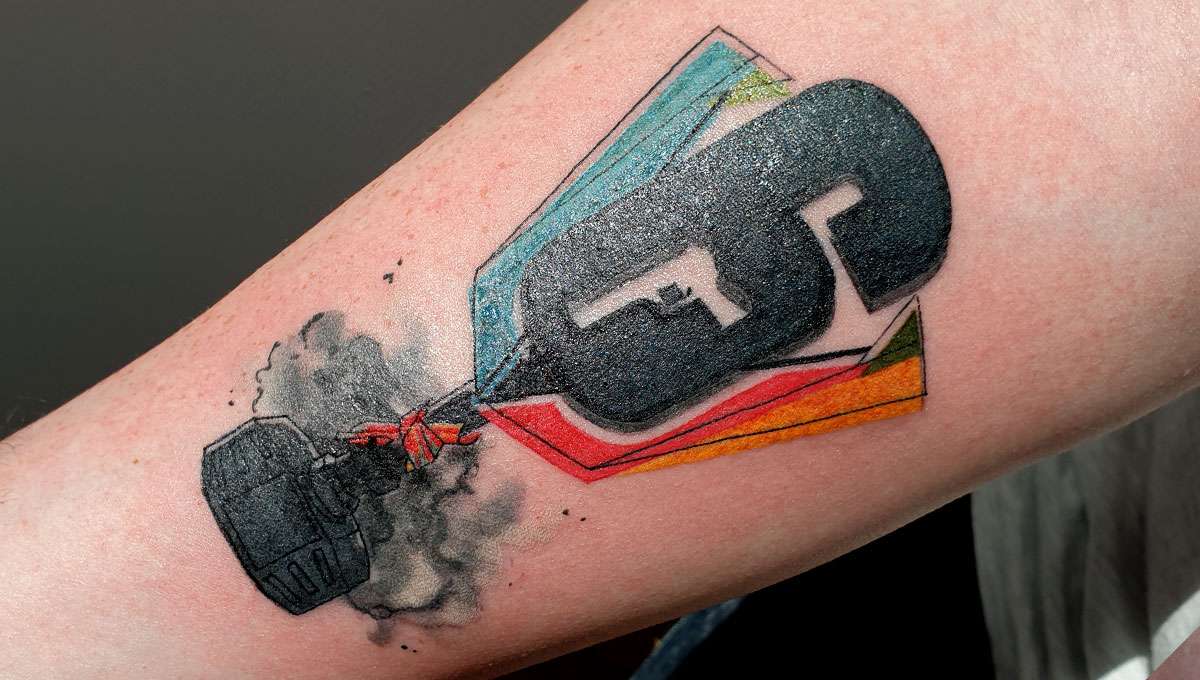 I’d been wanting a new tattoo for a while, and with a little help from a friend and an awesome tattoo artist, I’m ecstatic with the results!

I first wanted a tattoo back in 2015, but was never courageous enough to follow through with it. Over the years, I was wondering what design would be suitable. The fact that it was permanent (despite laser-removal techniques, of course), and the decision that it would have to be something I’d be happy seeing every day for the rest of my life.

My first tattoo (or, more aptly, tattoos) were a set of magical signs from The Witcher series – specifically; Aard, Igni, Quen, Yrden and Axii. After I had those done, I swore I wasn’t going to get another tattoo. How wrong I was…

Earlier this year I decided I wanted to get a new one. This one, however, had to have much more meaning than my previous ones. While they do have a meaning (specifically, Quen, to shield me from harm) I knew I wanted my latest addition to be Siege related.

I didn’t have a specific design in mind. I liked the look of Killimaze’s tattoo, which incorporated the 6 logo with the Invitational wings. But when speaking with a friend she advised me to try and have something with a bit more ‘uniqueness’ to it.

There was only one person that I wanted to design my tattoo, and that was my friend Toffeebit. She’s an incredible artist, and a great friend, and I asked her to come up with some designs.

While all of the variations she made were fantastic, the one that stood out to me was the one with Sledge’s Caber. As my main attacking operator, and a Scot to boot, I knew it had to be that one.

A few small design changes later, and we had the final design. I was, and am, overjoyed with it – and began hastily looking for a studio nearby that could do the job.

I found one in Glasgow called the New Image Tattoo Collective, and arranged an appointment with Kirsten, one of the talented artists there.

The tattoo took just over 3 hours and, I’ll admit, was quite painful in some areas. But Kirsten was really nice, super chatty, and a joy to be tattooed by. We spoke throughout about our love of gaming, and had a great laugh as one of the other customers began swearing his head off during his own appointment.

The finished result blew me away. I was astounded by the amount of detail that Kirsten had managed to keep from Toffeebit’s design, especially the colour on the tartan! The impact cloud was also incredibly well done, despite my initial reservations.

This tattoo has several meanings; the 6 logo represents Siege itself, a game that I am now enjoying to play. The wings are from the Six Invitational, my first out-of-Europe event and where I met some of my closest friends. It’s in 3D, because that’s the nature of my business in 3D printing and design, and Sledge’s hammer because it’s one of my best props and my main character. But a hammer can also be used to craft things, too!

I am in love with this tattoo, and cannot wait for it to be fully healed. I’m applying Bepanthen cream to it 3 times a day, washing it morning and night, and wrapping it while I sleep. At the next Invitational, I will be proudly showing it off to all who want to see.

A HUGE thanks to Toffeebit for designing this for me. Please check her out on Twitter and Instagram.

Another HUGE thanks to Kirsten at New Image Tattoo Collective for this amazing tattoo. You can follow her on Instagram.