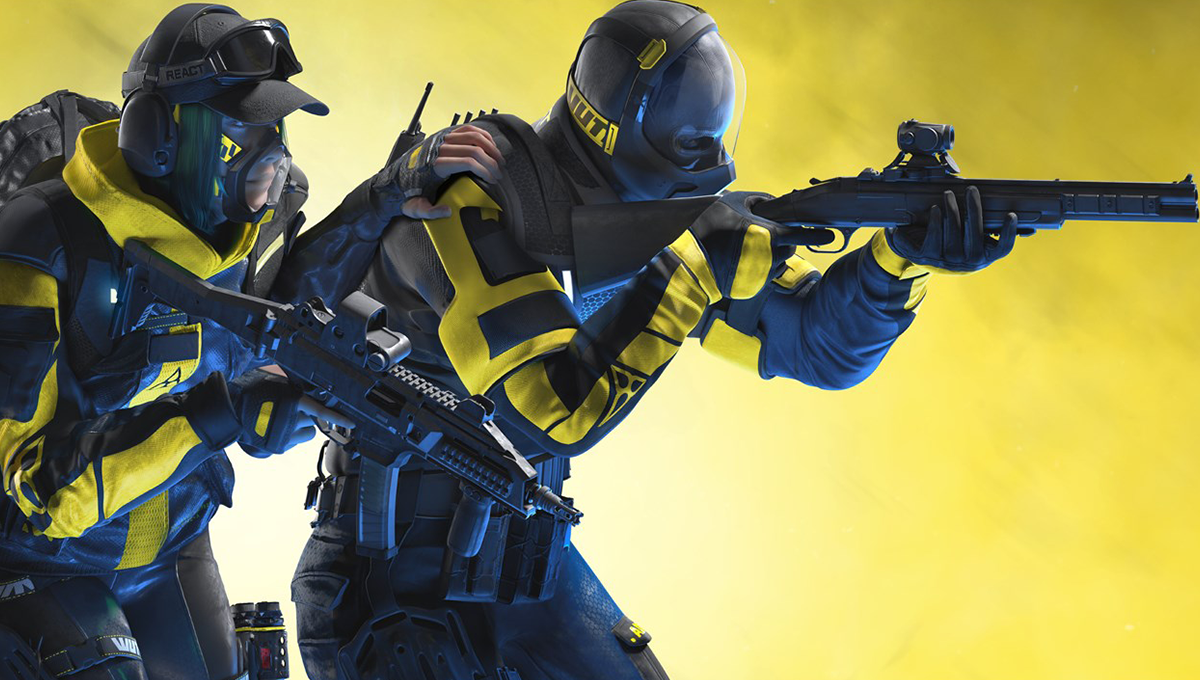 Rainbow Six: Extraction has released, and I’ve been having an absolute blast with it! While I was somewhat worried that the quality of the game might not be great, I’m so happy I was proven wrong.

Rainbow Six: Extraction takes place in an alternate timeline within the Rainbow Six: Siege universe. The Chimera Parasite, which first appeared in the Outbreak and Containment events in Siege, has since evolved over the years and no longer needs hosts to survive. These entities are now known as Archæans, and are extremely formidable.

Team Rainbow setup the REACT Foundation. Its sole purpose was to gather intel on the Archæans; how they operated, how they spread and, most importantly, how they can be killed.

Spearheaded by Ash, Thermite and Mira, REACT conducts missions all over the globe from their mobile base of operations and with (currently) 18 operators in the field, they aim to fight back against the Archæan threat.

Rainbow Six: Extraction pits you solo, or with two other players, against the Archæans in one of 4 locations, each with 3 unique maps. Each map has 3 objectives for you to carry out;

You are absolutely spoiled for choice, and in my many hours of playing the game so far, not once have I felt like the game is repeating itself. What’s more, is that on higher difficulties each objective can have a ‘Mutation’ – such as invisible enemies, armoured nests, acidic sprawl, etc. They add an extra level of challenge to the game.

There’s also the weekly event, where you team up with two allies to defeat the Archæans in different scenarios. Once you reach REACT level 16, you unlock the Maelstrom Protocol – which is a limited set of operators completing 9 objectives, with randomised mutations on the hardest difficulty to unlock premium currency and unique cosmetics. I’ve only managed to get Silver so far – it’s hard!

Stealth is absolutely key on some of the harder difficulties and objectives. When playing solo, I’ve found myself taking much more care than I normally would; plotting angles of attack, working out enemy paths, finding nests and destroying them so they don’t spawn any more Archæans. Rainbow Six: Extraction has done a great job of bringing the tactical gameplay from Rainbow Six: Siege, into a PvE game. Running and gunning on this will more than likely get you killed.

A new feature is the MIA status; when your operator reaches below 35 health they become injured and are unable to be chosen from the roster on your next mission. You have to earn XP to heal them. However, if they are K.D. inside a mission they become Missing In Action, and you are unable to use them at all until you rescue them from an Archæan Tree.

This adds a whole new level of risk to the game. You have to play it carefully, or else your favourite operator might be gone. You have to plan, so that you take the least amount of damage. It punishes you for careless decisions, and while that may seem like a harsh choice, it makes sense and is actually fun! There’s been times when I’ve made a careless mistake and lost my Sledge, or my Finka, and had to plan an extraction to rescue them.

Obviously, I wouldn’t be reviewing the game properly without talking about the updated look for the characters.

First off, I’d like to start by saying that Rainbow Six: Extraction has some AMAZING cosmetics. While the store is quite minimal and hard to navigate at the moment, the skins that you unlock early on in the game look quite good – and the harder studies you complete, the better cosmetics you unlock – such as the original operator skins, or legendary ones. Maelstrom also adds some really nice headgear with unique designs, and they’re not overly flashy either so they stay grounded in the in-universe lore.

Even better, the skins are universal. Once you unlock them, they’re unlocked for every character!

The REACT theme to each operator is great, and while some of the gadgets are literally just reskinned versions of the Rainbow Six: Siege ones, things like the Stun Grenade or RX Drone are unique and fun to look at! As a propmaker, they’re also challenging to model and make.

Dropping into a random squad and seeing the combinations of cosmetics is thrilling, and since launch Ubisoft have sneakily added in even more awesome cosmetics. Some are a little over-the-top, but others look fantastic and exactly what a REACT member would wear.

Each Operator has their own dedicated codex entry, with an awesome wallpaper. I’ve compiled them together, and they’re available as 1920×1080 .png’s featuring all 18 of the current Extraction operators.

While I’m no professional reviewer, and my word as a member of this community means very little, I do advise everybody to give this game a shot. A lot of people I know were hesitant that Rainbow Six: Extraction would be a ‘money grab’ by Ubisoft to capitalise on the fans of the original gamemodes. But, every one of them has enjoyed this game thoroughly.

I’ve had immense fun playing with my friends, doing the various missions, helping them rescue their MIA operators, stealthily attacking Archæans, playing tactically, and even when the shit hits the fan it’s still fun (amidst the screams).

Rainbow Six: Extraction is a fun game. It’s a fresh game. It brings what we love from Rainbow Six: Siege and absolutely doesn’t hold your hand. I’ve played the game every day since it was released and whether I play solo or with friends I have a blast.

I highly recommend Rainbow Six: Extraction. It’s available on Xbox Games Pass for £1, or on the Ubisoft Store. Not to mention the Buddy Pass that allows you to invite your friends to play for 14 days, free!